Losing or breaking your only car key has got to be one of the most frustrating things that can happen. Hands up if you agree?!

If not, keep reading to learn more about the most common car key types, and how an auto locksmith in Melbourne can provide reliable and prompt car key replacement. We’ve started with a bit of a ‘beginners guide’, if you will, to three of the most common types of car keys in today’s market.

Can you spot which type of key you use for your Toyota or Holden? Great! Then you’re one step closer to getting that lost key cut and replaced. If not, never fear! Have a read through of the following information – we’re sure it will help. If you’re still unsure, give us a call and we’ll visit you on site to determine your car key replacement needs. 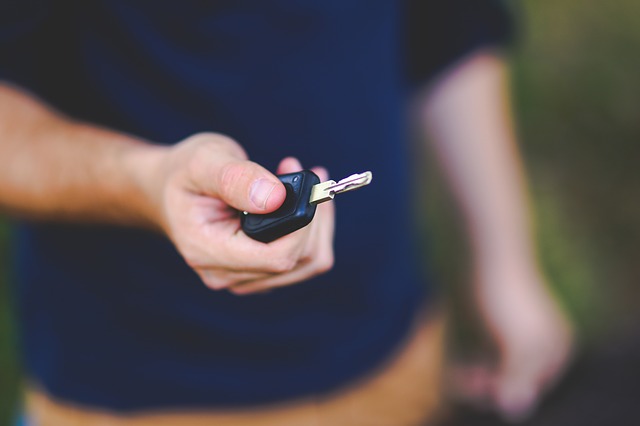 Once upon a time mechanically cut car keys were the most popular type of key built and distributed by major car manufacturers. A mechanically cut car key is distinguishable by its ridges and cuts running down one side of the key. This means the key can only be inserted one way into the ignition. These types of keys are common in older cars.

While still popular, other key types are consistently growing in popularity; it’s only a matter of time before mechanically cut keys lose their popularity.

Laser cut keys are newer and more secure than mechanically cut keys. Lasers cut the ridges on this type of key, and as grooves run up and down both sides of the key, they are consequently more difficult to duplicate. View some images here.

As cuts run along both sides of the key, it can be inserted to the ignition either way.

A transponder key is comprised of two ‘elements’, both of which play an important role in security.

The first element of a transponder key is the actual metal key that goes into your ignition. The second is the unique transponder chip. This chip disarms a car’s immobiliser when the key is used to start the engine. Unlawfully replicating these keys is more difficult because even with a perfectly copied key, the car still demands a transponder to disarm its engine in order for it to start.

As such, transponder keys are very difficult to replicate without the proper tools. Fortunately, auto locksmiths have the sophisticated technology to not only replicate a lost transponder key, but, more importantly, to reprogram it so your car can be used as normal.

A fob key is not your stock-standard car key. Fob keys are an integral part of the new wave of keyless driving experiences.
A fob key can:

Keyless entry is a luxury we are slowly getting used to. Imagine the convenience of your car automatically unlocking once you’re in close proximity. No more fumbling for key chains from the bottom or your bag, or wrestling with children or groceries in your arms.

Galmier Locksmiths prides itself on offering the best auto locksmithing service across Melbourne and Bayside.

Whether you’re zipping around town in a Yaris, transporting kids from various activities in a Kluger, or heading off-road in a LandCruiser, we can cut and program your lost, stolen, or damaged Toyota car key.

Toyota boasts an impressive history. It was founded in 1937, and has grown to become one of the world’s best and most popular car manufacturers. Its headquartered in Japan and is the world’s market leader in sales of hybrid electric cars.

Don’t waste time and energy getting your car to the dealership. Instead, opt for a mobile locksmith who will come to you! Our Toyota key replacement service covers most of Melbourne CBD through to Bayside.

From the Captiva and Colorado to the Commodore and Cruze, Holden has been a part of Australia’s history for more than 150 years. Unfortunately, local manufacturing is set to end this year, due to a combination of a high Australian dollar, high production costs, and a smaller market. But that doesn’t mean your Holden locksmithing needs will disappear!

Need a new Holden car key? Luckily for you, we’re not much more than a phone call away. No matter if you’ve lost your only key or want to prepare for the unexpected by cutting a replacement key, we’re ready to help you out! Read more about car key cut and replacement here.

Lost your Toyota or Holden car key? Don’t worry – we’ll help you get back on the road in no time.

Holden and Toyota are just two of many car brands we can create new and replacement car keys. With coverage spanning from Melbourne through to the south-eastern suburbs and Bayside, Galmier Locksmiths is never more than a phone call away. When we visit you on-site, we’ll assess your situation, cut and reprogram your key, then send you on your way.

The best part is, we’ll get you back into your car… without damage! Call Alex now. Alternatively, you can fill in this form and I will be in touch.