Home » The importance of securing your apartment: advice from a local locksmith

The importance of securing your apartment: advice from a local locksmith

You might think that just because you live in a high-rise, your little corner of the world and all the property you keep in it are safe from burglary.

And while that’s generally true that apartments are safer, it still pays to be vigilant when it comes to securing your apartment.

In fact, earlier this year there was a spate of Spider-Man burglaries in Brisbane, where the perpetrator is believed to have climbed the outside
of apartment blocks up to fifteen stories tall and entered people’s apartments through unlocked balconies!

Perhaps most telling was the fact out of all the cases, police say they have “never seen forced entry”.

Thankfully, most wannabe burglars are nowhere near this sophisticated (or courageous).

That said, it doesn’t change the fact that keeping your apartment safe requires more than just a front door lock.

Even though there are fewer points of entry to apartments, the chain is only as strong as the weakest link, as the saying goes.

Even apartments on the top floor can fall victim to burglary from a determined criminal! 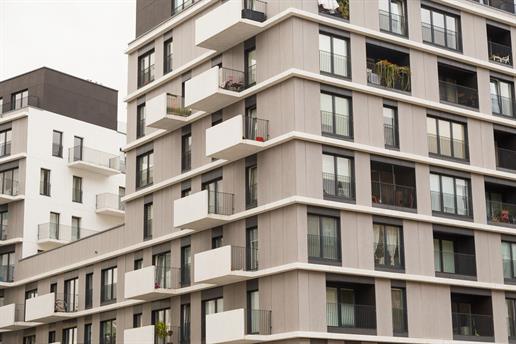 Apartment security: are apartments just as safe as houses?

Unlike a ground-level home, there are generally at most two potential points of entry. And the higher up you go in an apartment block, the more difficult
(and stupid) it becomes to attempt entering through a balcony or window.

If your front door is secured with a sturdy lock, potential burglars have no option if they want to break in apart from physically breaking down the door
or spending time they don’t have to pick a lock. And with no front yard to shield them from witnesses, the risk of being spotted is just too great
for most wannabe burglars.

This means that an apartment, with its single entrance and the need to pass many other apartments along the way, can be magnitudes safer than a house,
even in the shadiest suburbs!

You might not particularly like living so close to so many other people. But when it comes to discouraging potential burglars, sharing a space with so
many other people can actually be a great security feature!

This is because a significant percentage of all burglaries are opportunistic – burglars see their chance to enter a home quickly without being detected, and make off with your valuables.

This is the reason security experts worldwide strongly recommend installing a visible home security system and having well-lit entrances (in addition to stock-standard measures like
door and window locks.)

These are relatively straightforward measures, but they significantly increase a burglar’s risk of attracting attention… which is why they work!

And an apartment is surrounded by other people. Even during the middle of a working day, with so many residences in such a small space, there’s a significantly
greater chance that someone else will be around.

What makes apartments riskier than houses?

Unfortunately, the density of many apartment blocks can prove to be a double-edged sword.

Strangers have a much easier time blending into the background at an apartment building.

Namely, with so many different people sharing the same building, how is anyone supposed to get to know all your neighbours? How can you tell if that guy
in the stairwell is a burglar casing the joint, someone from level six, or a lost visitor waiting for a mate?

The best way to combat anonymity? Get to know your neighbours! After all, if your apartment is a target for burglars, who’s to say theirs isn’t too? You
don’t have to become best friends, but being on speaking terms can go a long way in increasing security and, while we’re at it, community!

Apartments are almost always smaller than houses. That means that potential burglars can cover your entire apartment and rifle through all your property
in a much shorter timeframe than they would a full-sized house.

And while for most thieves the risks of breaking into an apartment may seem greater than a house, for others, the short time frame it takes to fully go
over an apartment compared to a house can make an apartment a very attractive target.

What can I do to improve apartment safety and security?

This is a piece of advice we offer to anybody who’s moving into a new property, regardless of whether it’s an apartment or house. And that’s because it’s
a solid suggestion!

Take it from us: it only costs a couple of dollars and ten minutes of time to get a spare key cut.

And when it’s that easy to get another key made, who knows how many copies exist? From movers and cleaners to old babysitters and of course, residents,
it’s hard to put a number on the number of old keys floating about out there.

We strongly recommend getting all your locks rekeyed or replaced when moving into a new property, just in case.

Secure your front door and keep an eye on key copies

Since your apartment only has fewer points of entry – the front door and perhaps a balcony door – we recommend making them as strong as possible!

The best way of doing that is making sure that your apartment is only accessible to people you trust. That means keeping a tight grip over how many spare
keys you have and who has them.

For burglars, every second counts – even an extra ten can make them think “it’s just not worth it!” and run!

For burglars, the decision to break in is often based on a quick, on-the-spot risk-reward calculation.

Knowing that your apartment is secured with a home alarm or camera system is one of the most effective ways of tipping the scales against deciding to break
in.

Put yourself in their shoes: if you had to choose between a target where you risk being identified by a camera – or worse, blowing your cover by tripping
an alarm – would you? Or would you move on to the next apartment?

Note that if you rent an apartment, you should always seek permission and guidance from your landlord. Speak to your real estate agent for more advice.
Also, even if you own an apartment, you may like to get your wishes cleared by your body corporate. 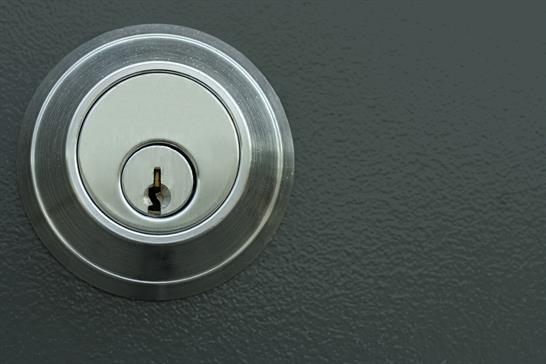 While apartments may appear to be safer than houses, in reality, apartments come with their own unique security challenges.

Unfortunately, we see far too many apartment owners get complacent, thinking that apartments are automatically safer. But being five stories up doesn’t
make your corner of the world invincible!

From rekeying, to electronic and digital locks,
to secure door and window locks, our team of professionals are your partners in keeping your apartment, home, and workplace safe from burglars.

If you’re looking for options to help secure your apartment, be it in the high-rises of South Yarra all the way to Moorabbin and further afield, give us
a call today! Alternatively, fill in this form and tell us what you’re after.