Last month, we talked about the best car security devices that you can use to safeguard your car from would-be thieves.

We covered a range of devices, ranging from low-tech to advanced systems that are only possible thanks to today’s technology.

And that got us thinking. Thanks to technology, car locks and security has only improved over the years, dramatically improving your defenses against thieves.

However, it wasn’t always this way!

And that’s what today’s article is about. Today, our Melbourne auto locksmiths will be taking a step back in time and going over the evolution of car security systems. 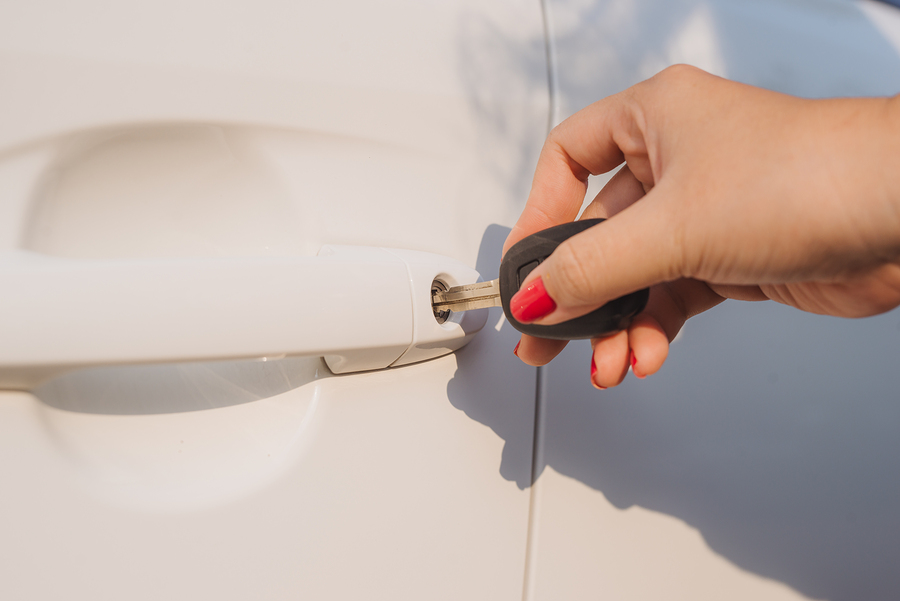 (Alright, so it wasn’t so much a “theft” as it was an unannounced day trip, but we think it counts!)

Naturally, it stands to reason that efforts to protect cars from theft have been around for almost just as long.

These systems have evolved throughout the years as technology improved. In fact, that was the rationale behind the world’s first car keys!

And even back then, the same problems were still occurring with car lock and keys – namely, people were losing or damaging them, necessitating the world’s
first car locksmiths.

We here at Galmier Locksmiths are proud to continue this tradition. If you’ve run into a problem just like the drivers of yesteryear, give us a call on
0407 022 234 for rapid assistance, wherever
you are in Melbourne’s south east.

But that’s enough about us – onto the main attraction!

As cars were solely purchased and used by the wealthiest people in society back then, car security was naturally at the front of the first car owners’
minds.

In fact, one of the first security measures employed by drivers was to remove the steering wheel altogether – crude, but it got the job done.

But as time progressed, car manufacturers realised the need for a car security system that will protect valuables inside as well as the car itself. As
automobiles become more common for all, the need to have it secured from car theft was also on the rise.

Not to mention, having to carry around a steering wheel was annoying!

This is where car door locks with car keys were introduced, popping up in the 1940s.

This wasn’t the only revolution that the 1940s brought. Another groundbreaking idea was the idea that – wait for it – the same key could also be used to
start the ignition!

Just like how the can opener was invented almost 50 years after the canning process, it took several decades for car manufacturers to realise that car keys add another layer of security to vehicles.

And while we’re on the topic of car keys…

How car keys have evolved over the years

Keyless ignition is being touted as a new feature of many high-end vehicles.

What you may not have known is that push-button start has been around for a lot longer – in fact, before keyed ignitions, bush-button was the standard!

Once car locks became standard and manufacturers realised that reusing this key to start the ignition would further increase security, car keys quickly
became the standard.

Most manufacturers used the one set of car keys for both the door and in the ignition, while others were a bit behind the curve and produced separate car
keys for the ignition and car doors.

Since then however, the keys have gotten more complicated, with more sophisticated cuts that are harder to pick using hand tools.

This is further enhanced by…

First invented in the 1990s, transponder keys have tiny chips built into the key fob that transmits a unique radio signal to the car’s engine control unit
when inserted.

If this signal matches what’s programmed into the car’s internal computer, you’re in. If not, you aren’t getting anywhere!

This system was first implemented to fight against hotwiring (which is why the vast majority of car thefts nowadays occur when the thief gets their hands on your keys!)

Transponders are now standard in pretty much every newly-built car, providing you with the knowledge that even if they pick your locks, the thief won’t
be going anywhere.

Has your transponder stopped working or desynced with your car? Luckily for you, our car locksmiths in Melbourne do much more than unlock doors – we can
also program transponders for you.

Keyless entry fobs that the principle behind transponder keys and take it one step further – in addition to controlling whether or not the ignition responds
to you, these fobs also communicate with your car to control the lock.

And all without having to lift a finger yourself!

In addition to convenience, this also makes your car even more secure. No longer is it good enough to know how to pick a lock – unless you can transmit
the appropriate signal, you aren’t getting in.

Our cars are getting safer by the day. And we aren’t just talking about their crash safety, either – car security is also making huge strides.

It’s an exciting time in the world of car security – we’ve come a long way since the days of having to remove the steering wheel altogether!

One of the latest developments that’s soon to hit the market is biometrics. Many car brands are experimenting with fingerprint unlocking using the same technology that you use to unlock your phone.

And as such, there will always be a need for car locksmiths in Melbourne!

Whenever you lock yourself out of the car or have broken car keys at hand, the first person you should call to help you get back on the road is your local
auto locksmith in Melbourne.

Galmier Locksmiths can get you back on the road whenever we’re called – but that isn’t all we do.

In addition to helping you deal with emergency car key situations, our Melbourne auto locksmith improves your car’s security system by:

Rest assured, our team of Melbourne car locksmiths have your security in mind when we work on your car.