A local locksmith explains how neighbours can boost home security

It may be cheesy, but the underlying idea holds true!

Whether you live in a house, apartment block or 10km away from the nearest residence, being on good terms with the people who live around you can be a
huge help. Whether it’s helping each other with little favours or even sparing a bag of sugar, good neighbours can make your life significantly easier.

But in the real world, like is nothing like what it is on Ramsay Street – in fact, one in three Australians aren’t interested in knowing their neighbours,
while a survey found 100% of us have actively gone out of our way to avoid a neighbour.

Today, we’re here to make the case for why it can be a great idea to reach out and connect with the people who share a similar address. You might be surprised
by what your neighbours can do for you!

Why it pays to be on good terms with your neighbours

Everybody knows the old cliche of the elderly lady next door coming over to politely ask for a cup of sugar or tea. While it might sound a bit cheesy,
neighbours can actually play an important role in keeping your home and property secure – whether you’re there or not!

Being on good terms with your neighbours is also linked to improved physical and mental wellbeing – humans are social animals after all. Not to mention, good relationships with your
neighbours can foster a sense of community

Finally, as Barry Crocker put it, your neighbours might just
end up becoming good friends!

Of course, this isn’t a blog on why it’s tragic that Aussies aren’t connecting with their neighbours anymore – after all, we’re locksmiths, not sociologists!

In our opinion, the major benefit you get from being on good terms with your neighbours isn’t the little favours, the extra pair of hands to help out or
even the boost to your wellbeing…. though these are certainly great advantages!

But if you ask us, the best thing your neighbours bring to the table is the added layer of security to your home.

A good neighbour can keep an eye on your home while you’re away, so whether you’re at work, shopping or on holiday, there’s is almost always a extra set
of eyes on your home. In the event of an accident or a burglary, your neighbours can raise the alarm by calling Triple Zero.

More importantly, the people next door can keep tabs on people coming in and out of your house. If you and your neighbours don’t really talk, a stranger
with ill-intent could easily slip into your house without raising much concern.

If your neighbours are familiar with your family members (and maybe a few of your friends), they might be able to pick up potential burglars and thieves
milling about your home… before they have a chance to make their move. 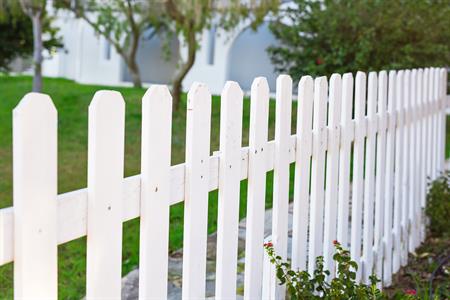 Keep your home safe while on holiday

Finally, if you’re planning on leaving your home for weeks on end, it’s only natural to want someone to watch over your home while you’re gone.

Family members and friends may be able to make it to your place every other day to clear the mail and take the bins out, but a neighbour who lives right
next door certainly provides that extra layer of security.

82% of Australians say they’d feel more comfortable going on long holidays with a trusted neighbour to look after their house. If you’re one of that percentage, you have
no excuse for not fostering a relationship with your neighbours!

How else can you protect your home and property?

Neighbours can be a boon for your home’s security. Of course, your next-door neighbours are only human – while the people that share your street are one
part of an effective security system, under no circumstances should they be the only thing keeping your home safe.

So, what else can you do to keep your house and valuables safe?

Your home’s locks are the first – and for many, the only – line of defence against would-be burglars and thieves. In fact, up to 40% of burglars say that the most common method of entry was through unlocked doors and windows – so naturally, you’ll want your
door and window locks to be as secure as possible!

That means having locks which are tough and can withstand a bit of abuse – but it also means keeping on top of who has access to your home. After all,
your locks are only as effective as the number of keys out there that fit.

And who knows how many spare keys to your house are floating around out there? It only costs a few dollars and minutes of time to get spare keys cut at
most places – previous owners of your house might have handed a spare set to their relatives, cleaners or any other number of complete strangers.

If this worries you, we strongly urge you to talk to Galmier Locksmiths about getting your locks rekeyed or replaced altogether.

Home security and camera systems are another great choice for keeping your home secure.

When asked, the vast majority of burglars said their decision to break in was influenced by the risk of being noticed. For many former burglars, that meant
how visible they would be to neighbours as well as how much of a commotion their entry would cause.

And what causes more commotion than a house alarm?

The sound of a house alarm generates unwanted attention. Even if it’s only a handful of passing glances, that’s still eyes that are on the house and eyes
that are on the burglar.

Talk to your neighbours… and talk to Galmier Locksmiths!

Of course, your neighbours won’t always be around to watch over your home. And it’s in these cases that you should also talk to your local locksmith!

With a service area that covers the entire Bayside region and a team that lives all over the area, Galmier Locksmiths is a local locksmith you can trust. With a range of domestic locksmithing solutions, you can trust our team
of professionals to educate you and enhance your home’s security.