While it would take a couple of years to catch on, transponder keys have made our cars significantly safer since their invention. If you’ve bought
a car in the last 20 or so years, chances are your car keys contain transponders.

And like many other objects we use in our day-to-day lives, most of us don’t really understand how they work – but today, we’re here to explain. 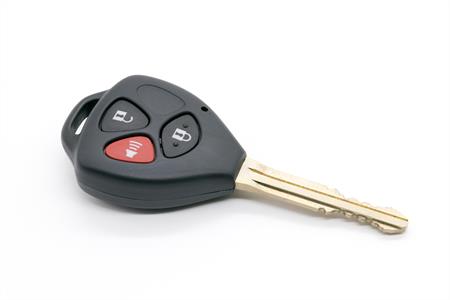 What are transponder keys?

Have you ever wondered why getting car keys cut is generally costlier than stock-standard home or office keys?

Believe it or not, transponders are not the automotive remote you use to unlock your car.

While they use the same underlying technology, transponder keys are not the same as remote unlocking. In fact, they’re two completely different features.

Look at your car keys. Do they have a black plastic knob covering the end? Or is it exposed metal?

If it has a plastic knob, chances are it’s a transponder key.

Essentially, transponder keys are keys that contain a small microchip.

This chip sends out wireless signals to an inbuilt receptor in your car’s ignition. Only when your car receives the right signal will it unlock or
start the ignition.

There are many different identifying systems that transponders use to keep your car safe, including:

What’s the difference between transponders and flat keys?

Unlike traditional keys, transponder keys offer an additional layer of security for car owners. On top of having to make sure the grooves on the keys
match up to the ignition, the transponder codes also need to match what’s been programmed into the car.

So even if a would-be car thief gets their hands on a perfect copy of your car keys, they won’t be able to start your car unless they have the proper
transponder key too.

Many manufacturers lock out keys that don’t have the right transponder code, while others will trigger the alarm!

This also makes your car much less susceptible to hotwiring.

What should you do if you lose your transponder keys?

With such complicated technology, it might seem hopeless when you lose or damage your car’s only set of transponder keys.

Fortunately, your local auto locksmith is more than qualified to cut and program your transponder keys.

Our team of experienced auto locksmiths are fully-equipped to cut and program transponder keys on-the-spot, getting you back on the road faster!

For some models and makes, all we need to do is insert your original key as well as a blank key into a transponder cloning tool, which automatically
detects and copies your unique transponder codes into the blank key.

If you don’t have an original key on hand, that’s not a problem either! Most transponders can be programmed without the original – all we need to do
is reach out to the manufacturer with your vehicle’s ID number.

Different transponder keys have their own unique quirks – some require batteries, while others can take hours without the proper equipment. And we
haven’t even gotten started on the process of cutting the key itself!

If you ever run into trouble with your car keys, we strongly recommend calling a professional to look after it for you.

Galmier Locksmiths is one of Melbourne’s best auto
locksmiths.

We offer a speedy mobile locksmith service for all your auto locksmith needs, no matter where you are across Melbourne’s Bayside.